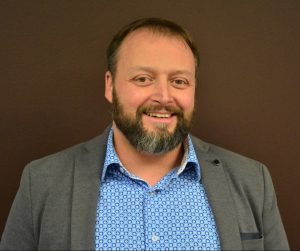 What excites you about CBTE?

CBTE is an effective way to prepare Christian leaders to advance God’s Kingdom, so it’s exciting to be part of something that’s making a Kingdom impact. At their best, ministerial instructors and institutions have always used aspects of CBTE. It’s just good education. Where CBTE makes a difference is by capturing those best practices and providing a formal framework to deliver them consistently throughout a student’s program.

What excites you about participating in the CBTE 2018 Conference?

When we launched CBTE in 2015, we were the only accredited undergraduate college in Canada formally to do so. We’ve benefited tremendously from secular CBE conferences and resources, but we’ve generally felt isolated in adapting CBE to theological and ministerial training. We were thrilled to find fellow CBE sojourners at NBS, and are really excited to be part of their bringing the CBTE conversation to Canada.

What is your topic at CBTE 2018 and who will benefit from it?

My topic will be of interest to other Christian undergraduate institutions exploring CBTE. As undergraduate CBTE trailblazers, we’ve encountered numerous scrapes and bumps and pitfalls, as well as joys and successes on our journey thus far. And we’ve come far enough along to have gained the benefit of hindsight, learning how we might do certain things differently if we had it all to do over again. But despite any challenges we’ve faced (and continue to face!), we’re more committed than ever to CBTE. If our experiences can help another undergraduate institution implement CBTE, we believe the Kingdom wins.